5 Celebrities That Are Into Photography – Musician Edition

Some great photographers don’t always get the attention they deserve. This is especially the case if they are already celebrities in an industry different from photography. In this post, we’ll reveal a few celebrities who are talented photographers. Their fame, however, comes from accomplishments they made in a different branch of art – the world of music. 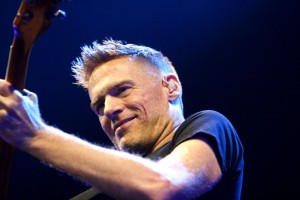 Bryan’s great talent goes beyond his skills as a musician. He is a true artist and a devoted photographer. His photo work has been featured in Vanity Fair, Harper’s Bazaar, British Vogue, GQ, L’uomo Vogue, Esquire and many more. He also shot major advertising campaigns for Fred Perry, Hugo Boss, Converse, Guess Jeans, OPEL… The list goes on. His talent was even recognized by photographers’ community and has been awarded 3 times already. In 2006, 2012 and 2015. Bryan is also one of the founders of fashion Zoo Magazine, located in Berlin, Germany. His portfolio is filled with photographs of celebrities, you should definitely check it out. 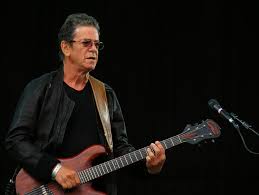 This legendary musician and songwriter was introduced to the R’n’R Hall of Fame twice. Once as a Velvet Underground member and once as a solo artist, year and a half after his death. He collaborated with David Bowie and Mick Ronson on his breakthrough album Transformer, but his legacy doesn’t end there. Other aspect of Reed’s artistic nature was most likely awaken by the influence of his friend Andy Warhol.

Lou was a bit of a photography geek who shot photos all his life. As digital cameras were launched, his passion for photography grew even more. His third photo book, Romanticism, was inspired by Caspar David Friedrich, a 19th-century Romantic painter. Here, Reed used a modified digital camera to create black and white photographs with „silvery translucent quality“ as he put it. He never revealed how he altered the camera.

Another Rock and Roll Hall of Fame member who is into photography is Fleetwood Mac co-founder and drummer. His band mate and roommate at the time, John McVie, got him interested in photography. They even shared a darkroom that McVie built in their house. For Mick, snapping photos was a natural thing to do, as they visited so many amazing places during the tours band did across the world. In Maui, Hawaii, he realized that his photographs have more than just a sentimental value. He started showing his work in local galleries at first, and had his first international exhibition in Toronto afterwards. His photography skills became quite appreciated. The American Photo magazine included his photographs in a travelling exhibition „Photography rocks“, along with the photos of fellow musicians, Bryan Adams and Lou Reed. 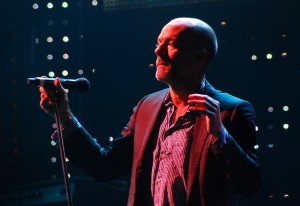 Of all the musicians that made it to our list, Stipe is the only one who actually has some university knowledge about photography. Although he dropped out of school and devoted himself to his band R.E.M., he never abandoned photography. Stipe’s admiration for the arts developed when he was a teenager. Love for photography and music came simultaneously. Patti Smith’s album Horses left a strong impact on him, taking photos and making music have been his passions ever since. Hence, one of his biggest accomplishments as a photographer was the publication of a photo book called „Two times intro: On the road with Patti Smith“. A series of black and white polaroids, that captured Smith on a tour, was the perfect way for Stipe to present himself as a photographer as well.

As a famous musician and an actual scientist with a PhD, May is the most versatile member on our list. The Queen’s multi-talented guitarist has a different kind of photography background than his colleagues mentioned above. The field of photography that he is committed to is called stereo photography. Since childhood, his „weapon of choice“ was a 3D camera, so collecting Victorian stereoscopic cards came accordingly. But his hobby transformed into something bigger. He published several books with stereoscopic images and was awarded by the Royal Photographic Society in 2012. for his achievements in the field of 3D photography. May’s contribution to photography, that is 3D photography, continues to this day. There is one book of stereo photos we particularly can’t wait to see! May does plan to publish it, soon we hope, and it will be a book that contains 3D photos from the Queen tours.

These guys conquered the world of music but their photographing skills are undisputed. And, not only famous musicians are into photography. Actors love it too and we’ll cover some of Hollywood stars in future posts. It is always inspiring to write about talented people. Got any suggestions? Please share.