3D made it’s real comeback in 2009, when the new era of 3D movies in theaters began. Ever since Avatar has splashed blue colors of its world on the big screens of our movie theaters, 3D has become a trending topic in the entertainment industry. And, despite some deputes, 3D continues to contribute to entertaining and arts industry.

Because of it’s growth in demand in the recent years, it might seem that 3D is a 20th century invention. The truth is it goes way back to 1839 when the innovation of stereo photography marked the beginning of photography as we know it today. Even though it goes way back, 3D photography never became as popular as 3D movie industry. This might be due to the complexity of taking and and creating the 3D effect in photography.

However, with the right software and the right results, we hope we can introduce you to the greatness of this old-new stereo technique. Stereo lovers have complained about certain difficulties when it comes to 3D photography, so here are some things that you will never have to face when using 3Dwiggle Software.

3D Effect With No Headache

3D effect has been known for a while now to cause dizziness and nausea feeling or gives headache. (American Optometrist Society) A study in South Korea shows that 3D screens cause more eyestrain than 2D. The researchers concluded that the viewers would take 15 minute breaks after an hour of watching the program with blue and red glasses. (Huffington Post)

3Dwiggle Software creates a natural 3D effect from two 2D photographs. Combining the photographs around one subject on the image creates the illusion of 3D. This kind of 3D effect does not require red and blue, or any kind of glasses for that matter. The 3D effect comes naturally, thus no physical problems are induced. 3Dwiggle takes it a step further as it allows you to adjust combining of the images according to your vision. Think of it as creating your personal 3D. Try it to see it for yourself.

Aside from red and blue glasses, 3D effect has usually been related to graphic animation. But, what if we want to create a realistic image with 3D look? You need fresh, real-time photographs for that. Today, there are a lot of apps that produce 3D effect from photographs. These, however, create either anaglyphs or automatic wiggles. Although we always seek for it, too much automation here is a downside if you wish for your photographs and memories to look as realistic and living as possible.

The benefit of using 3Dwiggle software is that it allows you to set the brightness, contrast as well as the axis just enough to see the 3D at its best. Furthermore, the speed feature will give you the power to control the wiggling of the animation in order to get a realistic outcome of your image. You can use a faster animation for exciting moments of fun and a slower animation for elegant and calm scenes.

No Stress When Making 3D Images

Making 3D images usually require the adapted equipment. So far, the photo technology industry has blesses us with a few 3D camera models. Fuji has been named the leading company in this field with their FinePix Real 3D W3, a small yet highly functional 3D photo maker. Not all stereoscopy lovers used 3D cameras however. They thought of other ways of shooting 3D photographs. You’ve probably seen the apparatus consisting of two manually attached cameras in order to take two shoots of the same scene from slightly different angles at the same moment.

The good news that comes with 3DWiggle software is the fact that you don’t need 3D equipment at all. You can create spot on 3D images with the photographs you’d taken with any type of device. From your DSLR and compact to your smart phone and tablet, they will all work great for creating a 3D image. How? All you need to do is take two shots of the scene you wish to capture from a slightly different angle. Then, choose a pair of photos you think would work the best and put them into the software. The software will combine them leaving you space to adjust the effect with a vast set of features. And, that’s it! Just export in the preferred format and share via social media or e-mail. 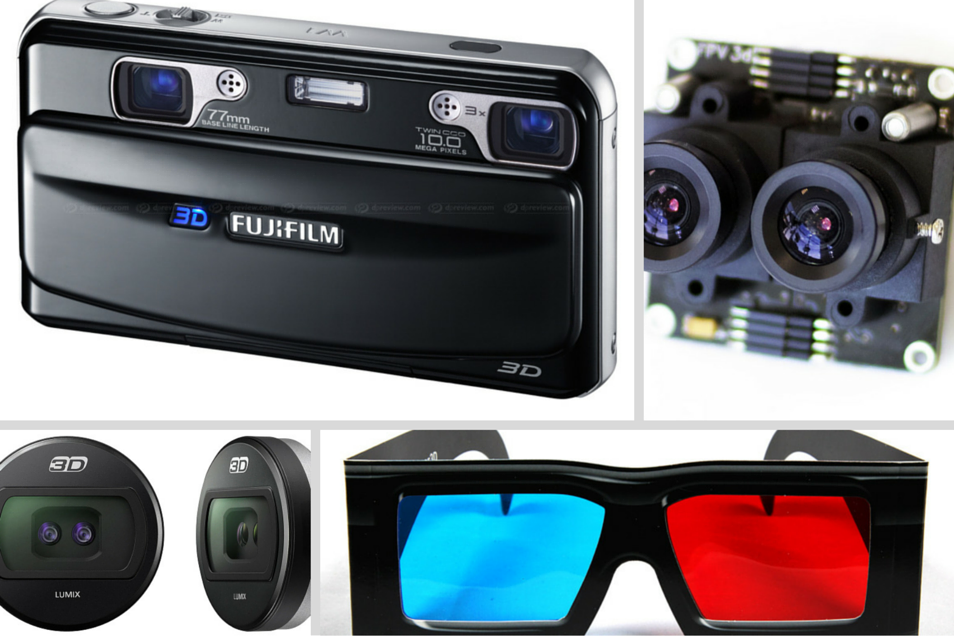 Over to you my friends, try 3DWiggle Software and avoid all the stressful problems you would encounter when creating 3D images.